Do cats know their names? That’s a question that has long been debated by cat lovers and experts alike. There is no clear answer, but there are some interesting theories out there.

You might think that your cat doesn’t know its name – after all, it never seems to come when you call it. But a new study suggests that cats are actually quite good at recognizing their own names – even if they choose to ignore us!

A study found that cats were able to identify their own names from a list of similar-sounding words. In other words, they weren’t just responding to the sound of a human voice but were actually picking out the word that was meant for them.

So why do cats seem so uninterested in coming when they’re called? The researchers say it could be because they simply don’t see us as worthy of their attention. In other words, they know their names, but they just don’t care!

Do cats know when their name is called?

The jury is still out on this one.

Some experts say that cats can learn to associate their name with something positive, like treats or attention.

However, others believe that cats simply recognize the sound of their own name and don’t really understand that it’s being used to address them specifically.

So, do cats know when their name is called? We may never really know for sure. However, one thing is certain: cats are pretty darn cute, no matter what they understand about their own names.

Do cats know their names?

The answer may surprise you. While we don’t know for certain, there is some evidence to suggest that cats may indeed be aware of their own names.

For instance, a study conducted in Japan found that when cats were played recordings of their owners saying their names, the felines responded with distinct behaviors – such as moving their tails or perking up their ears – indicating that they recognized the sound of their own name.

Additionally, another study found that when cats were shown pictures of their owners and strangers, they tended to focus more on the image of their owners. This suggests that cats are able to distinguish between different people, and may even be able to recognize individual faces.

So while we can’t say for certain that cats know their own names, there is certainly some evidence to suggest that they are aware of the sound of their name and may even be able to recognize their owner’s face.

How do you get a cat to learn its name?

There are a few things you can do to help your cat learn its name.

How long do cats take to recognize their name?

Cats are known for their independence, but that doesn’t mean they don’t recognize their own names. In fact, a study published in the journal Animal Cognition found that cats do indeed respond to their names.

The study looked at a total of 34 cats and found that the majority of them (23 out of 34) responded to their name when called. However, there was some variation in how quickly they responded. Some cats responded immediately, while others took a few seconds or more to come when called.

So, if you’re wondering how long it takes for a cat to recognize its name, the answer is anywhere from immediately to a few days. However, keep in mind that not all cats will respond to their name in the same way. Some may come when called, while others may not react at all. If your cat doesn’t seem to respond to its name, don’t worry – sometimes cats behave differently. 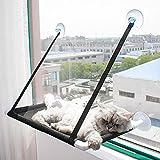 One thing is for sure: if your cat doesn’t respond to its name, it’s not because it doesn’t recognize it. So go ahead and keep calling your feline friend by its name – even if it doesn’t seem to care!