Pets are a regular part of human lives. It is not strange for a person to have a cat, a dog, a fish, or even a bird as a pet. But, some people are not satisfied with these common domesticated creatures as pets. Some folks want to have more exciting buddies at home, so there are people who choose to have exotic pets. Though having an exotic pet can be very rewarding, but choosing the best exotic pets can be really confusing.

There are different kinds of exotic pets. Although some animal species are protected by law and can’t be treated as pets, some can be legally owned as pets. Basically, an exotic pet is a strange animal that is kept as a pet. Owning an exotic pet comes with its potential flaws. They often need more attention and specific diets. They may need to be socially active or risk becoming more feral in nature. This can include aggressive or self-harming behavior. A growing number of pet owners are now adopting these strange beings as pets. If you are thinking of getting an exotic pet, then the following are the ten legal exotic pets that pose no risk to public safety. 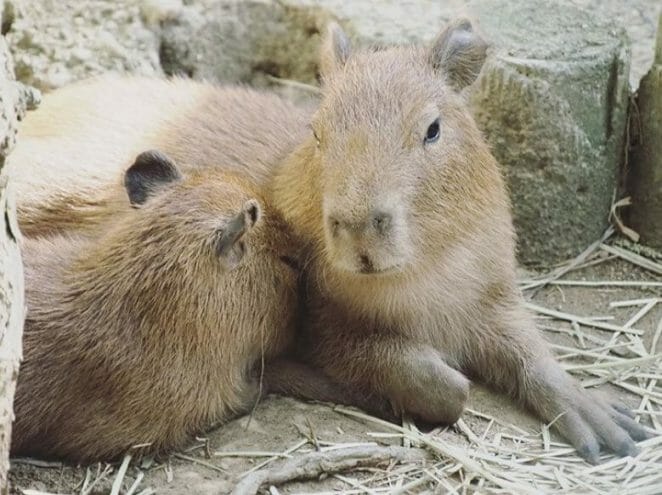 They are native to Brazil and Panama, as well as other parts of South and Central America. They must be kept in pairs. Because they are very big, you need a large space and an accessible water pool. They are excellent swimmers with webbed feet. They are very smart and can hold their breath for about five minutes underwater. Capybaras are very social animals who fare poorly if house alone, so they must be kept in pairs. 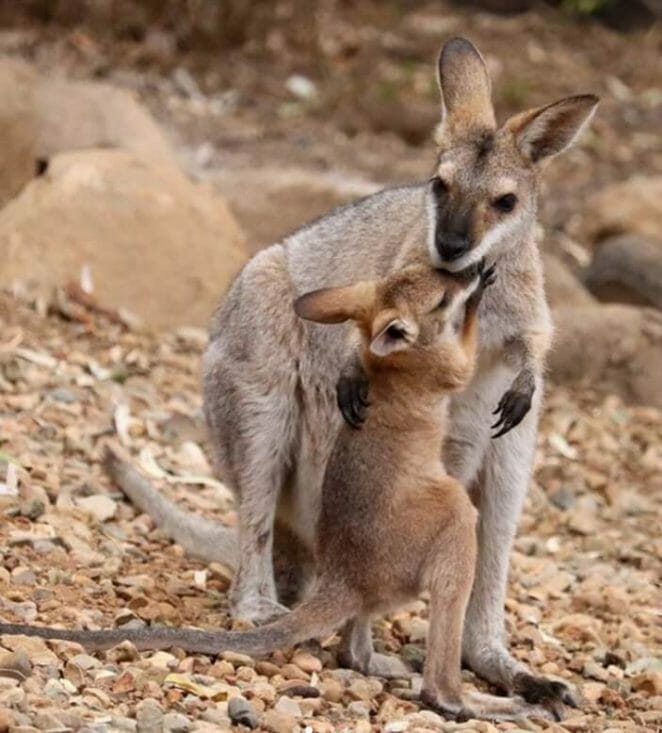 Bennett’s Wallabies is one creature anyone can own as an exotic pet. They perhaps are not from your place of residence and are not common pets like a rabbit, ferret, or even the sugar glider. There are about 11 species of wallabies in the wild; they have strong hind legs that they used for jumping distances and great heights and also administering harsh and swift kicks to predators. They predominantly have a tawny gray coat, with a white belly and chest, a dark brown snout, paws, and feet. They are social animals in general and can be very affectionate with their owners. They do well in groups. And are commonly found in eucalyptus forests and open areas near tree cover, and can also withstand a variety of habitats, as well as farmland. 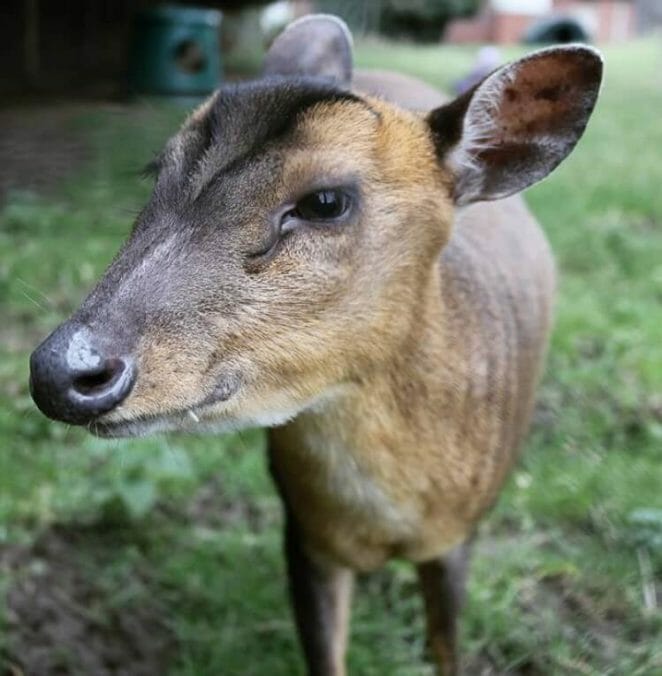 This is the oldest known deer. The remains of species found in Europe, between 15 to 35 million years ago. They were from Southeast Asia, and are sometimes refers to as barking deer, their bark resembles a dog’s or Mastreani deer. The Duke of Bedford brought them to England as a pet in 1900. The controversy about Muntjac Deer stems from the fact that they are sometimes considered as a threat to wildlife and bird habitats, they destroy forest areas and multiply just like rabbits. But folks who have them as pets find them delightful. 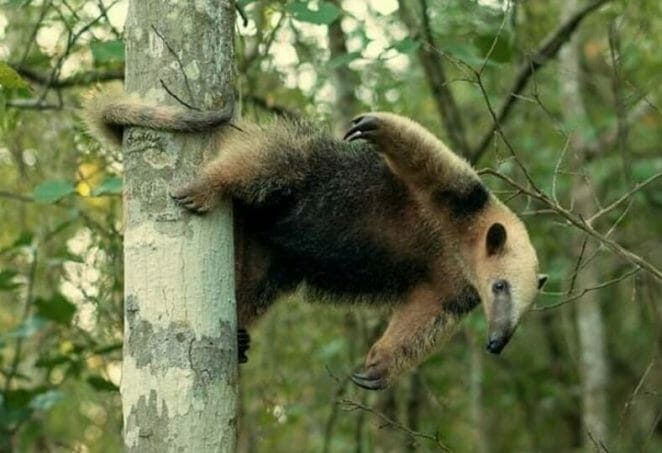 A sloth might be your ideal pet if you are an easygoing person. They move very slowly and have the strange ability to develop moss on their backs. The green moss acts as concealment because they spend most of their time at the treetops. A sloth will come down once only a week to defecate and urinate. Research says they only defecate wastes four times a month. They are high -maintenance pets and there is a lot of misinformation about them. Presently, their captive-bred populations are small and they are not popular as pets. 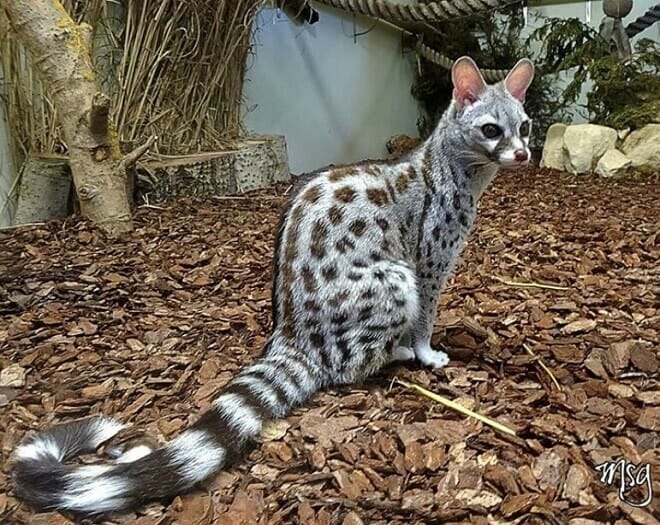 Genets are becoming more and more popular as exotic pets because of their beautiful patterns and unique behaviors that imitate that of ferrets and serval cats. They are far related to ferrets and cats, but very close to the civet and mongoose. Genets are agile, quick and lonely creatures that need special care. And for the right owner, they can make great pets. They do well with no other pet in the same home. So if you want to bond well with your genets, it is advisable not to have other pets in the house. 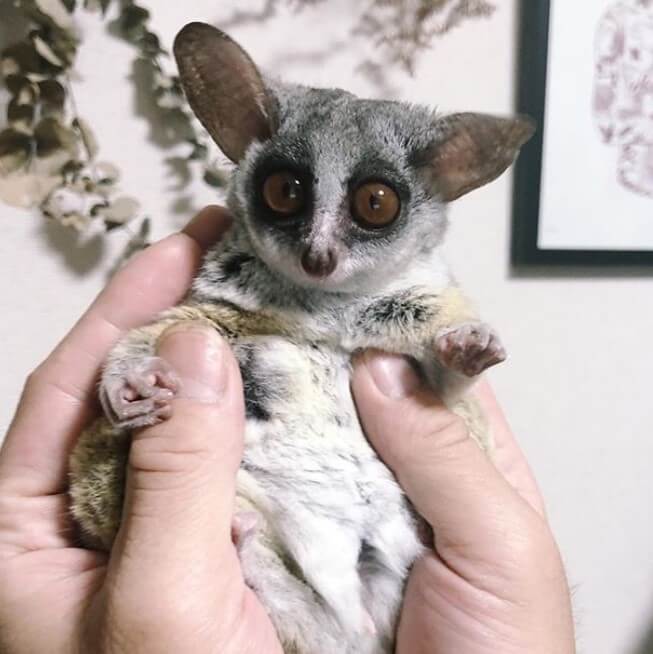 They are also known as Galagos, and are very social and live in complex family groups. They are called “bushbabies” because of their “cute” appearance, large eyes, and cries that sound similar to human babies. They are night creatures and have digits that look like man, except for the little fingers which are almost missing. Their eyes are luminous at night and their coat is of a tawny color. Bushbabies are very intelligent creatures; they are lively and very fun to watch. 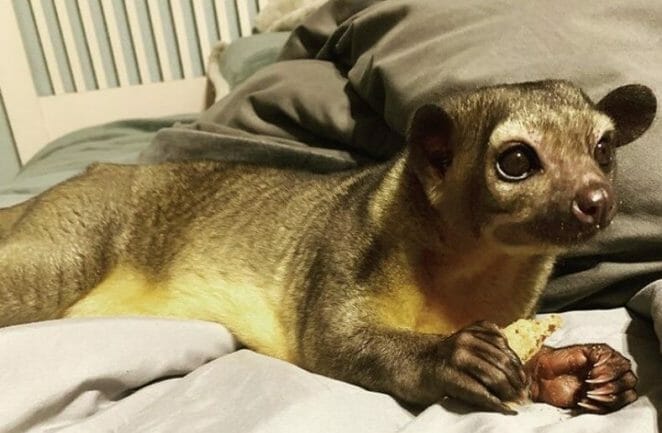 Kinkajous also refers to as honey bear, are little golden-brown rainforest-dwelling animals that are becoming more and more popular as pets. Celebrities like Paris Hilton are known to have kinkajou as a pet, but the celebrities and the rich are not the only ones to find these creatures adorable. Kinkajous are attractive sociable creatures. Because of their tendency to adore sweets and raid beehives they are commonly referred to as “honey bears”. Kinkajous are amazing creatures for a family pet. 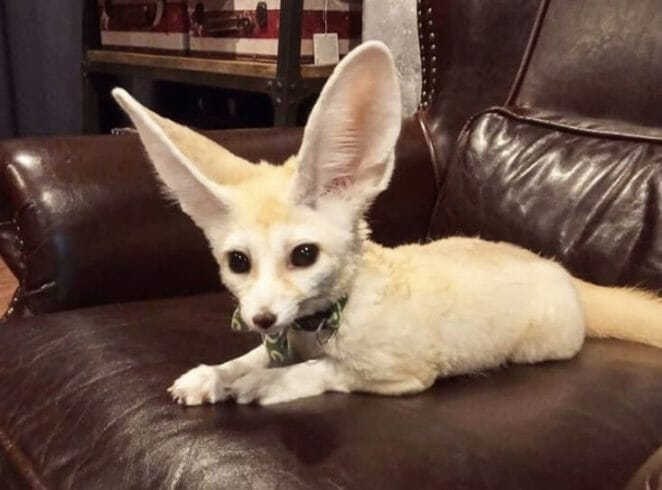 This is one of the most common exotic pets, and Fennec Foxes are very social, active and they need a lot of attention.  They measured about 15 to 18 inches long and weigh 2 to 4 pounds. They live in the desert regions of North Africa and can make a purring sound similar to a cat when they are happy. Fennec foxes are one of the most common and most manageable exotic pets. They will grow well with the right owner, they are not like other foxes, and they make good family pets. 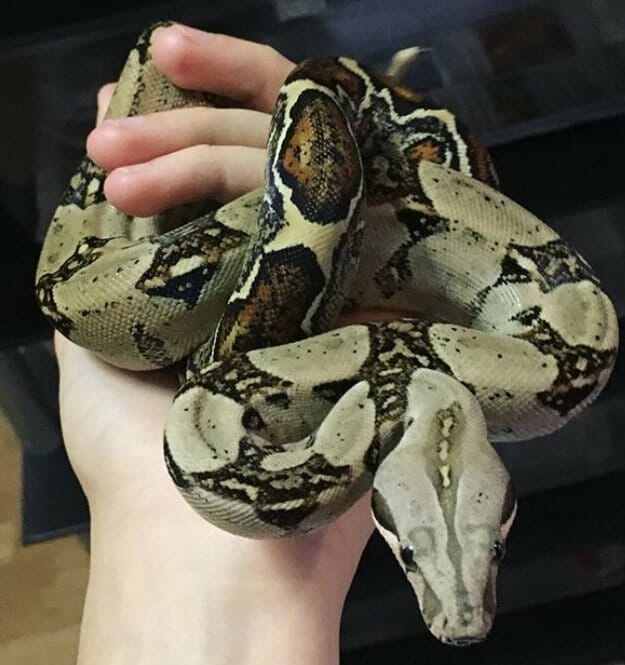 These are very popular pet snakes. But if you have not seen one alive, all you know about its reputation is of being a dangerous snake. They are not poisonous or venomous, nor aggressive. But can bite if you provoke them too much, and because they are big, their bites hurt. Boa constrictors are not too difficult to find in pet stores. They are perfect for first-time snake owners or those who are afraid of owning a twelve-foot long snake or anyone with limited space at home. 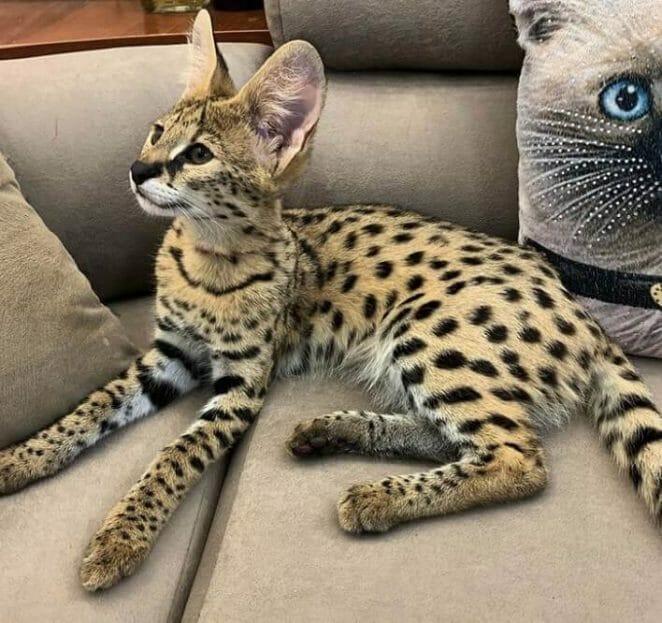 These are beautiful animals that some people keep as exotic pets. Even though you can get a serval cat from a breeder, they are considered as a wild cat. To keep them as a pet, you need to create a large secure outdoor enclosure and provide a warm environment throughout the year. You have to feed them with whole prey food items, and you need veterinary care from an experienced exotics veterinarian.